The public discourse in much of social media currently seems to alternate between two extremes with a fall-back to the nationalist hysteria of the 1930s to views expounding a free-for all liberalism. It is typical of a collective consciousness in transition and lacking direction and grounding.

Much of the western world appears to have lost its soul to the hungry ghosts seeking immediate gratification. At the same time we are seeing the outlines of an emerging Renaissance in human consciousness. Every crisis carries within it the seeds of transition and change to a new order. 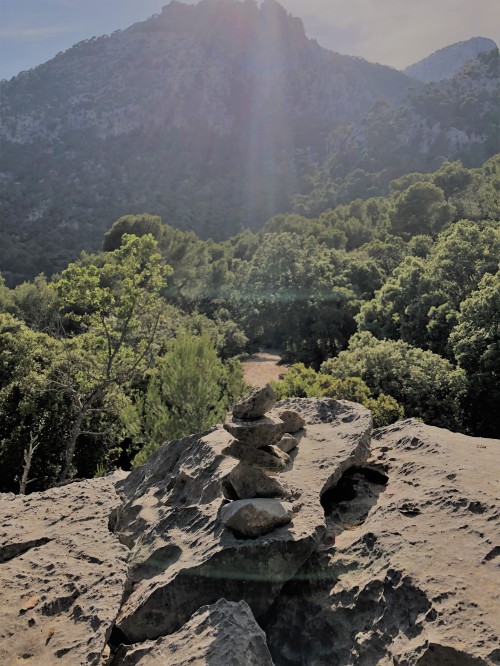 A growing number of people are unhappy with the current state of things, and seekers of a new truth transmuting the dogmatism that has been imposed by rigid philosophies and religion during past generations.

Theologian and writer Richard Rohr pointedly describes religion has having brought forth the worst and the best in mankind.  Organised religion has the power of fueling the flames of fanaticism, hate and war or it can open hearts in collective prayer and ritual for the betterment of humankind.

When extreme opposites face each other off, as we are currently seeing along party political lines in the United States, each side becomes blind to the shades of grey and the humanness in the other. We stamp off people along party lines and belief systems preventing a real discourse. In a way it has become “a religious war” between opposites.

In the heated exchange between the opposites the voices of the silent masses go unheard. I do believe that most people are by nature tolerant and can intuitively distinguish between the lie and the truth – a reason  why a growing number of people are refusing to vote and are becoming alienated from organized politics and religion.

Some of the outlines of change can be seen in the fast-growing self-development industry with individual change gradually becoming collective change on a global scale.

In recent years I have met hundreds of people from all walks of life and many different countries on the Camino pilgrimage route in Spain.  About 200,000 people are now walking this ancient medieval pilgrimage route each year. I would describe many of them as spiritual seekers asking the age-old questions: Where do I come from and where am I going?