Our ancestors and the ancient tribes were firmly entrenched in the philosophy of the yielding to the forces of nature as opposed to the modern mindset of conquering and extracting from the earth. 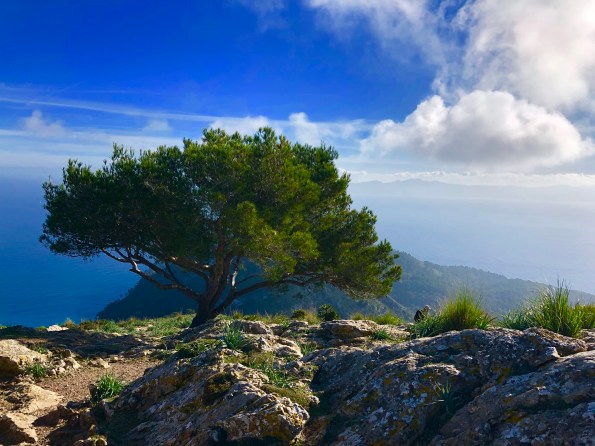 On some of my lengthy hikes on the Camino in Spain, the routes inevitably take you along busy country roads. Tons of rubbish including plastic bags, tin cans, plastic bottles and cigarette butts are carelessly thrown out of car windows by passing motorists.

It has a devastating effect on other living beings. I’ve seen cows and goats munch plastic bags and hedgehogs trapped in rubbish. More disturbingly sacred crosses and way markers are defaced by graffiti.

Much can be attributed to the disconnect of modern man to his natural surroundings. Nature is a manifestation of God and not without reason have the wise teachers of old described time spent in nature as our best healer.

Any person who has spent alone time in the African bush or hiked alone for hours in pristine nature will soon become aware of the awesome marvel of creation and the inter-connectedness of all living beings. God can be seen live working in slow motion.

For centuries Christianity has had a false understanding of man’s role in nature based on misinterpretation of the old testament of the bible in Genesis 1:28 in which man is given the cultural mandate to subdue and rule over the earth:

“And God blessed them, and God said unto them, be fruitful, and multiply, and replenish the earth, and subdue it: and have dominion over the fish of the sea, and over the fowl of the air, and over every living thing that (Heb. creepeth)  moveth upon the earth.”

Especially the translations of “subdue” and “dominion” from the Hebrew have different meanings. Rather than exploitation and domination the call to humanity by God is like that to a king to take care of the weak and poor in his kingdom. Man is called to preserve the natural beauty of the environment entrusted to him and to restore those places that have been harshly affected by force and hardness of rule.

The lost gospel of St. Thomas, that was discovered in Egypt in the 1940s, has a far more mystical interpretation of many of the biblical interpretations. Rather waiting for the Second Coming of the Christ, the lesson espoused here is all about nurturing and discovering the Christ Within−closely resembling what is described in Buddhism as discovering the Buddha Nature.

The Medieval interpretation of Nature was that of a harsh alien environment, that needed to be conquered. Paradise and a life of bliss could only be expected after death and resurrection.

In contrast the eastern Daoist tradition is all about the yielding to the laws of nature. The philosophy of the Five Elements in essence is about the right timing in accordance with the laws of nature. The harmony of objects and things in Feng Shui, the cultivation of the life-force energy of Chi in the body with nutrition, Qi Gong and Tai Chi and the ancient Book of Wisdom, the I Qing, all are built on the foundations of the Elements.

Likewise the Greek, Roman and Medieval cultures placed great emphasis on building their temples and cities in harmony with the natural environment. These cultures were still steeped in myth and legend while the modern world is dominated by the economic.

Modern man’s environment−often in an urban concrete jungle, is very much a contributing factor to the alienation from nature and the loss of soul purpose. It is beginning to change. As humanity moves to a raised consciousness we rediscover old teachings that were anything but primitive.

A few days into the New Year it appears that we are on the threshold of some major economic and political changes.  A downturn is long overdue given a cycle of uninterrupted growth for almost a decade. A continued trajectory upward defies the law of nature but most of us continue to believe that there are exceptions.

In making contingency plans, you won’t be caught by surprise. Those who choose the path of safety and comfort will fail to see the thunder storms of change on the horizon and take action only when its too late. It is the unwritten code of all life form.

An organism has the flexibility to adapt to changes in its habitat, changing its response or moving to a different environment. The species that fails to adapt to the continuous changes of the wheel of life will inevitably be doomed.

Photo by Maik Fischer on Unsplash

The natural response of most humans in an economic environment of major change is to go into blaming mode: Its always the fault of the management, the government, foreigners or other external factors, surrendering themselves to a life of misery of what was and could have been.

But it’s the fear of the unknown that prevents most people from taking action when the writing is all over the wall.

Life appears easy in the comfort zone but a comfort zone can get very uncomfortable. Expectations are in line with what is expected. You are on automatic mode. You have the skill set on what needs to be done. But there is no magic left in the air. Staying in the treadmill of the routine is the reason why so many people lose their drive and enthusiasm.

We humans are creatures of habit and we need to train ourselves to remain adaptable to the cues of change that the universe is constantly sending us. We learn when we encounter new experience and that’s part of the magic in becoming our true self.

Be brave and adventurous. Try some New Year resolutions:

Take a path you’ve never walked before or go to places you’ve never been to. Learn a new craft, language or hobby. Meet new people that help move you out of the comfort zone. Try a different restaurant and a different dish. Wear clothing and colors that are different from your standard repertoire.

In becoming more flexible you will have less difficulty adapting to external changes that are out of your control.