You are not alone

‘No Man is an Island’

No man is an island entire of itself; every man is a piece of the continent, a part of the main;

We realize when alone that we are not an island. During these times of crisis separation has become the watchword. It mirrors how far we have become separated in the relationship with ourselves and the natural world around us.

The writings of German philosopher Martin Buber seem particularly poignant. His most famous book “Ich und Du”, published in 1923,  roughly translates to “I and Though” with its central tenet that human life finds its purpose and meaning in relationships.

The separation from the ‘I’

Nature does not take revenge. If we go to war with nature there is merely cause and effect.  Perceiving the world, the earth, or the universe as being separate or external from the “I” is a belief-centered delusion.

Relationship is connection to Soul

Buber argues that ultimately relationship is about our connectedness to the inner soul spirit, God, or the Universe.  Ancient man and the hunter and gatherer societies are still very much aware of the connectedness of the inner spirit with the natural world.

Becoming with the Though

Pseudo-community or meaning is sought by the individual in pseudo-religion and the tribe affiliation to party political institutions. How else can we explain the blind following of the professional populist deceivers and the false prophets of our age?

Anybody who has gone through a divorce will know of the trauma left between two people who once loved each other. In the beginning, there is unconditional love. We see in the other, the Though, a merger or completion. Ideally, the partners support and empower each other in spiritual growth. But we often seek in the other that which has not been healed within. Disappointment is inevitable when the emotional shadows get triggered. The breakdown comes creeping slowly, respect gets lost when we see the other grappling with similar emotional issues. Communication is reduced to the mundane.

The soul journey is exploring the “Though” within. In the Gospel of St. Thomas, discovered at Nag Hammadi in Egypt in 1945, Jesus is quoted as saying:

“See the kingdom in the sky, then the birds of the sky will precede you. If they say to you. ‘It is in the sea,’ then the fish will precede you. Rather, the kingdom is inside of you, and it is outside of you. When you come to know yourselves, then you will become known, and you will realize that it is you who are the sons of the living father.” (Saying 3, p. 654.9-21).
Reino Gevers – Author, Mentor, and Consultant

Subscribeto my weekly newsletter and get my FREE Booklet, “Resilience: What makes you strong? 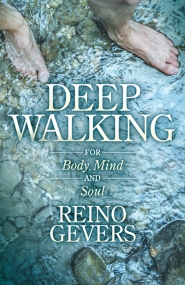 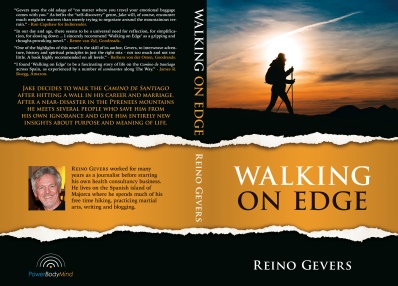 Comments Off on You are not alone